From Altopedia
Jump to navigation Jump to search

Born on the 28th of July 1975 in Stavanger, Norway, also known by the mononym Kaada.

He is a Norwegian singer-songwriter, producer and multi-instrumentalist.

Kaada's career spans a string of solo albums, motion picture soundtracks, high-profile collaborations with key players such as Mike Patton, under the title Kaada/Patton as well as numerous live appearances at home and abroad.

Kaada has covered a wide range of genres, and very much qualifies as "Non Genrefication", covering styles that would fit under the headings;-

Kaada´s debut in a recorded format came with his 2001 solo album Thank You for Giving Me Your Valuable Time. A musical blend of woo-wop, show tunes and jungle rhythms into a coherent mix of live instrumentation and electronic elements, fusing elements of five decades of popular music. Thank You for Giving Me Your Valuable Time firmly established Kaada as a key voice on Norway´s blossoming music scene. The album was named as one of the ten most important releases of the year by Billboard (magazine)

2006 saw the release of Music for Moviebikers (Ipecac Recordings), a collection of lush arrangements set as soundtracks for imaginary films. The album features an evocative quality as it sets out to bring the two musical worlds of Kaada together; the one of the recording artist with the cinematic film music one. The albums´s 22-strong ensemble consists of traditional instrumentation with strings, vocals and electric guitars as well as homemade instruments and some exotic folk music performers hailing from various corners of Europe. The strings were recorded in the Vigeland mausoleum in Oslo.

2009´s outing Junkyard Nostalgias with its myriad sounds and instruments. The album was conceived as a self-proclaimed homage to the thousands of Polish workers that have come to Norway to earn a better living and to fuel the country´s economy with cheap labour. Junkyard Nostalgias featured Kaada playing all of the instruments on the album, solidifying his very personal universe of sound. Kaada have said about the album that he made it to justify buying hundreds of instruments on eBay.

Another key arena for Kaada´s compositional as well as improvisational output has been the exploratory trio Cloroform. Highly active from 1998 to 2006, the trio released six critically acclaimed albums and toured extensively. Double bass, drums, keys and distorted vocals form the frame for Cloroform’s highly-charged live sets and studio recordings. The trio made the transition from an underground act on the domestic scene to a live favourite on European stages, earning them a loyal following all over Europe. 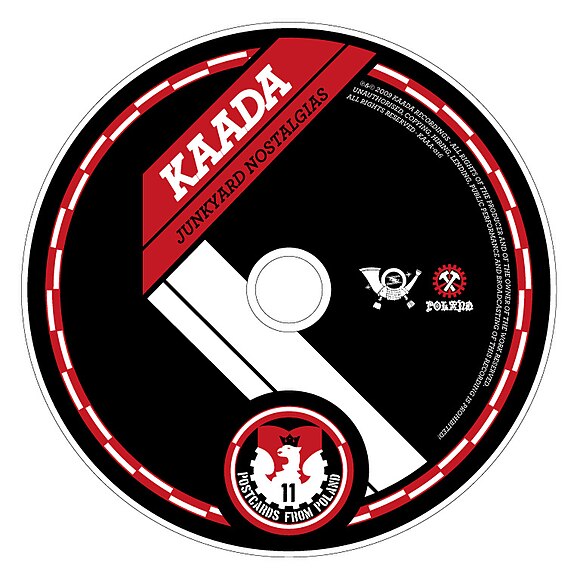 A Norwegian label dedicated to releasing or licensing out John Erik Kaada's music. Founded in 1998.